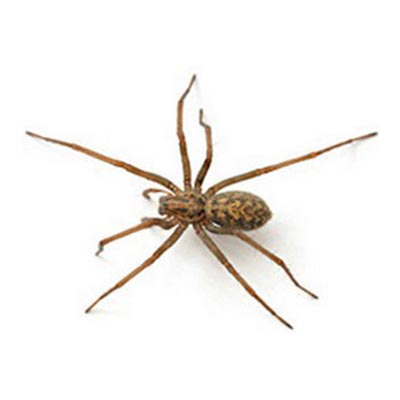 The most common spiders in Canada are cellar spiders, wolf spiders, dolomedes and other types of house spiders. It’s also possible to encounter black widows in this country, but they are much less common than the other species mentioned.

The body of spiders is typically made up of two parts (the abdomen and the head) that are supported by 4 pairs of legs. Spiders are very protective of their territory (that happens to be our homes) and thus they scare away other flying and crawling insects that also make up a significant portion of their diet. They are generally active in the evening and at night, during which time they build nests and weave webs used to capture their prey.