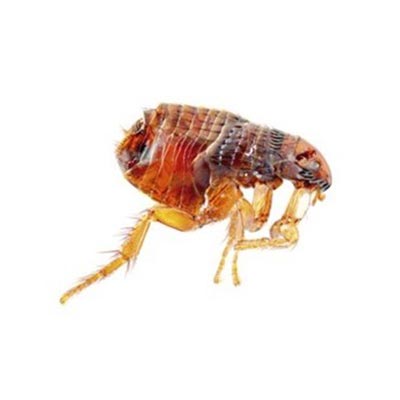 Probably the quintessential pest, the flea annoys humans and long-haired pets alike due to the irritation and potential allergic reactions it causes. In addition, fleas are also carriers of more serious diseases such as typhus, and they can transmit tapeworms. With a dark brown or reddish body, this insect has a flattened shape and measures usually between 1 and 4 millimeters. It moves around by making leaps of about twenty centimeters, thus compensating for its lack of wings.

Particularly active from August to October, fleas invade our floors, beds and other furniture conducive to their proliferation. They feed on the blood of birds and mammals that have the misfortune to be around them.