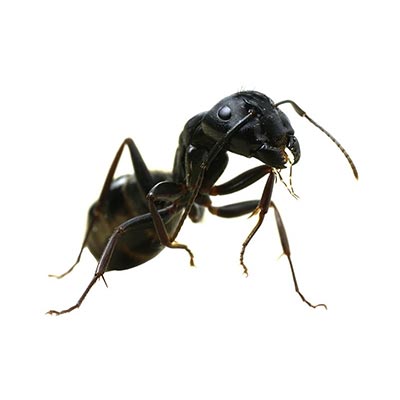 Carpenter ants are arguably the most common pest species in the country, especially the black wood spoiler ant (which black, as the name suggests, with tones of brown, sometimes) and the red carpenter ant (blackish in color), with red and brown tones in the thorax, these two subspecies are between 5 and 25 millimeters in length and are mainly attracted to decaying wood structures and wetlands.

As the name of this type of ants suggests, they tend to gravitate around rotting, damp and / or decaying wood which they damage even further. Once there, carpenter ants search for sugary and protein foods in the homes they invade.

Also, like most species of ants, carpenter ants are team players who live in large colonies made up of hundreds of insects. These colonies establish themselves in the stumps or trunks of dead trees under the guidance of their queen (s), put their breeders to work and invade timber surfaces, attics, void spaces between walls, hollow doors, etc.